My Interview and other news.... 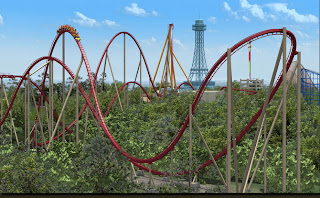 The interview yesterday went fairly well but was very rushed.  The person doing the interviews is one of the attorney's in the office and I could tell she didn't really have much experience in interviewing.  She was young and sweet and I liked her a lot - but it was a bit awkward at times.  She felt that I was overqualified so I tried to tell her that it was okay.

How do you say "I want a job with less stress and responsibility than when I was a high level assistant BUT not because I am lazy or won't take the job seriously"?

The pay is $7 less than what I used to make.  I don't know how I could survive on that but I am surviving on nothing now so I could make it work.

Get this - she put the ad for the job out on a Friday, by Monday she had 90 applicants!  She took the ad off and chose 30 of the 90 to interview and it sounds like she is meeting all of them.  The job won't even be ready to be filled for a month.  So, I think I have a good chance of getting it if she can look past my over qualifications.

The other positive thing I have to share is about Keven :)

I never want to say too much on here about the treatment center he's at so I will just say it this way:  They have recognized that he is a positive influence on some of the new people there and have asked him to stay where he currently is to help them out, rather than move to another house.  I could see in his eyes that this validated him and made him feel good.  Here he is fresh out of the hospital and is seen as someone that has something to offer!  He needed this so much!  So he is deciding on if he wants to stay in the house he's at or not.  He certainly doesn't have to (and it would be a huge sacrifice of freedom on his part if he does) so I am very curious to see what he chooses.  Either way, I am grateful for this boost in his self esteem/self worth.

I'm catching up with all of you and enjoying the good news I am reading - and resonating with the not so good news.  Its a journey people!

Its a rocky road, a roller coaster ride, a hike through mountains and valleys.  Its not smooth sailing.  Ok, I will stop now.  You get the idea.

Peace, Hope and Love, Barbara
Posted by Anonymous Mom at 9:37 AM

The person that owns the company that I work for has another company with over 8000 associates. He said they get over 2500 resumes PER WEEK! EVERY SINGLE WEEK!

Whew....I hope the job works out. I don't understand why being overqualified disqualifies you from a job! Don't they understand that people are *desperate* for work right now?

Congratulations to Keven. I hope that works out for him. A great opportunity.

I hope that you get the job, I am glad things are going well for Keven.

....you may have heard this on the news, but my husband,Steve,works at Joint Forces Command here in VA.. Currently, literally thousands are losing their jobs. We find out about his in April.

this is hitting so many people everywhere in our country :(

I hope you get good news a few weeks from now.

I hope you get the job! How great for Keven. Our kids seem to need that belief in them. Even if he doesn't do it, he has got to feel great that they thought of him.

Here I am, catching up on blogs, and avoiding looking around for potential jobs...and I read these stats here. 90 applicants...2500 applicants a day?!?!? I think I gotta go here, and start looking around. I gotta get off blogger...and look over my resume again. I need to get this going...I GRADUATE IN MAY, FOR GOD SAKES!

Oh yeah...and I am glad Keven is doing well. Everything happens for a reason.

Addiction is a Disease